“Begun in October 1944, the Tar Drop experiment, at Trinity College Dublin’s School of Physics, is one of the world’s oldest continuously running experiments.

This curiosity of an experiment demonstrates that tar, or pitch, is a material that flows – albeit it with an incredibly high viscosity. Whilst pitch has been dropping from the funnel since 1944, nobody has ever witnessed a drop fall – they happen it happens roughly only once in a decade!

In May of this year, with the latest drop about to fall, Prof. Shane Bergin broadcast the experiment via the web. On July 11th, the drop dripped.

Tracking the evolution of the drop, Profs. Weaire & and Hutzler, and Mr. David Whyte calculated the viscosity of the pitch to be 2×107 Pa s – approximately 2 million times the viscosity of honey.”

“A similar, better-known and older experiment in Australia missed filming its latest drop in 2000 because the camera was offline at the time.”

The experiment is explained nicely in THIS Radiolab clip.

Or check out the video below!

I’m originally from an area in NE Ohio near the Ohio/PA border.  Pretty early on in formulating a life plan for myself, I knew I wanted to get out of that area.  The sky was always gray.  The weather was awful most days.  The winters were long, dark, and brutal.  The first Spring-ish day when the temperature crept above freezing and the sun made a brief appearance people would act kookie – like they had just come out of hibernation.  They would drive around with their windows down, bust out their favorite shorts, and start getting their swimming pool ready for summer…. even though the temperature was still in the 50s.  It made me wonder why, if everyone craves nice weather and blue skies so much, they tolerated such a place.  And that’s just considering the weather.  My home is a suburb full of crappy strip malls, Walmarts, and chain restaurants.  The city we live near is a run down ex-steel city, Youngstown, who is most definitely past its prime.  As you can tell, I had a pretty bad attitude about the area.

But, as predictably as a cliche, once I moved away and got a bit older, my opinion began to change.  I have seen at least 2 of my friends who have also moved away write similar sentiments on their blogs.  I began to appreciate the unique and beautiful aspects of the area.  For one, there is still quite a bit of farm land around and on one of those rare, sunny, blue-sky days, they are down-right gorgeous.  During our last trip home, we stopped on the side of the road so I could capture a few photos.

And even though Youngstown is still trying to stage its comeback, nearby Pittsburgh is still pretty awesome.  Check it out: 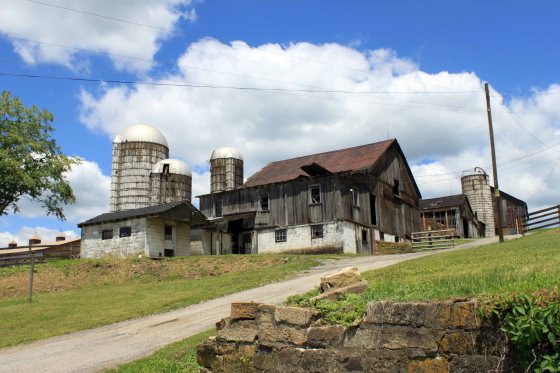 Not only can that area be quite pretty sometimes, but I have come to appreciate the sensibility of people that grew up in that area or that type of area.  It should not be surprising then that the guy I met in Miami and eventually married is from Pittsburgh.  There is also a lot of of really good Italian food there.  🙂

Have a nice weekend!

How a thresher shark uses its tail to hunt

You can find the research paper and 3 other videos HERE.

Posted by Tricia on July 5, 2013 in life and tagged blogiversary.

Cells from fetus save lives

HERE is an interesting article published recently in Nature.

“These cells from one fetus have no doubt saved the lives of millions of people.”

It’s always interesting for me to read about the origins of some infamous cell lines used in research today. In my current research, I use a cell line originally developed from the epithelial (skin) cells of an ovary from a Chinese hamster.

After reading the above article, I realized that many of the important vaccines we have used (e.g. rubella, rabies, adenovirus, polio, measles, chickenpox and shingles) were developed using lung cells originally from an aborted fetus.  Unsurprisingly, that makes this cell line and it’s resulting vaccines controversial, but the benefit we have seen from these cell are undeniable.  It makes me wonder whether the people receiving these vaccines know (probably not) or care (maybe?) about the origin.

*To be clear, once the cells were harvested from this single fetus back in 1962, they have been maintained, stored, and grown in a lab setting.  No other fetuses have been used in the creation/maintenance of this cell line nor the vaccines developed from it.  So any source that tells you that fetuses are killed all the time to make these vaccines are incorrect.

You probably heard recently about the first video footage of a live giant squid.  This squid isn’t the only elusive deep sea species that has never been seen live.  Most of what we know about deep sea species comes from dead specimens, but another sneaky one was just caught on camera for the first time: the oarfish!  These freaky, weirdo fish have a long, ribbon-like body and can grow quite large.  I remember a fresh specimen coming into our lab during my graduate work.  We just marveled at how strange this fish was and how lucky we were to see one with our own eyes.  Check out the video below and read about it HERE.  Fast fwd to around 4:30, which is where you start to get a really good view of the fish.

Wishihadgills has had the same look since its creation a handful of years ago.  It’s time for a change.  What do ya think?

As you may have seen on this blog, we own 2 bearded dragons, Rooney and Dignan.  We have had both of them since they were tiny hatchlings (although they came from 2 different clutches) and raised them up into mature adults.  We originally thought they were both male, but suspected maybe one, Rooney, might be a female instead.  One evening, I saw them fighting in their cage, which is pretty uncommon for these two.  I quickly realized that what looked like fighting was actually mating.  The male had bit on to the head spikes of the female and swiveled his pelvis around to mate with her.  It’s pretty similar looking for sharks and rays, which I am obviously more familiar with.  Over the next month, we watched her belly grow with the developing eggs.  We provided her with a nest box in her cage around that 1 month mark and sure enough, one evening she dug a hole in her box and laid 22 eggs.

We carefully transferred the eggs to an incubator, and there they sat in a warm and humid environment for nearly 3 months. We nearly forgot about them incubating in our guest room, and would only remember to check on the eggs periodically.  Every once in a while, I would check their viability by “candling” them.  To do this, you bring an egg into a dark room and hold it over a flashlight.  If the egg has been fertilized and is developing, you will see a dark spot where the embryo is attached to the egg wall and red blood vessels radiating out from there.  It’s pretty neat.  Since this was our first attempt at hatching dragon eggs, and the condition of most of the eggs seemed less than ideal, I was convinced we would only hatch a couple of dragons, if that.  Instead, one day I came home from work and checked on the eggs only to discover the incubator full of 13 newly hatched baby dragons!

Ever since, we have been caring for these 13 little ones.  Feeding them crickets and watching them grow.  Tomorrow we will say good bye to our little friends as they depart for a new home.  It was certainly a fun experience and even though 13 can be a handful, I’ll miss having them around a little. 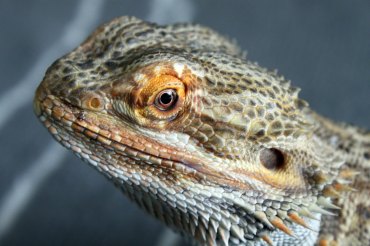 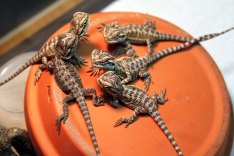 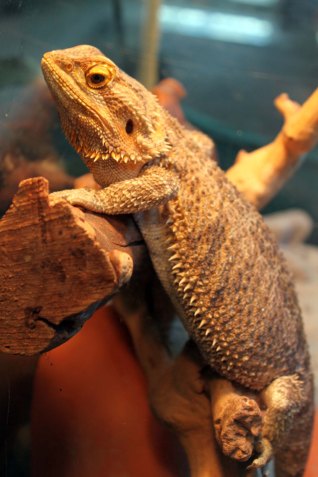 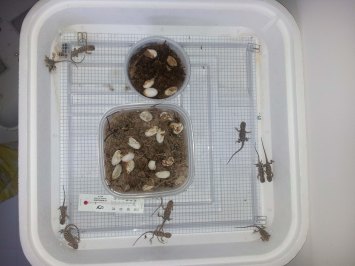 This post is a bit late, but here are some photos from out 2012 Art Basel experience.  The is a huge art festival that descends on Miami every year for a week or so.  It creates absolute crowded mayhem in Miami Beach and in the art district, but is a really fun way to see tons of different types of art.  We saw a lot of cheesy pop art, sculptures made from material from plaster to cardboard, oil paintings, neon light installations, and several murals out on the streets.  Below is a small sampling of what we found. 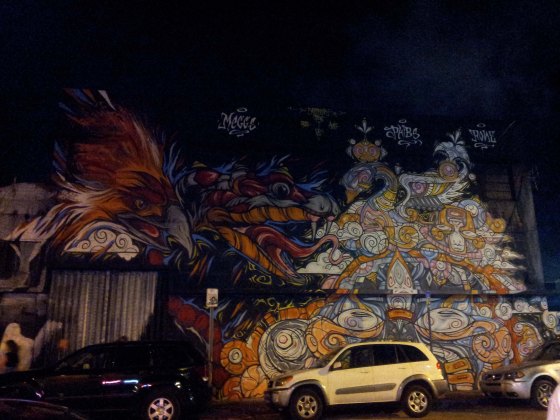 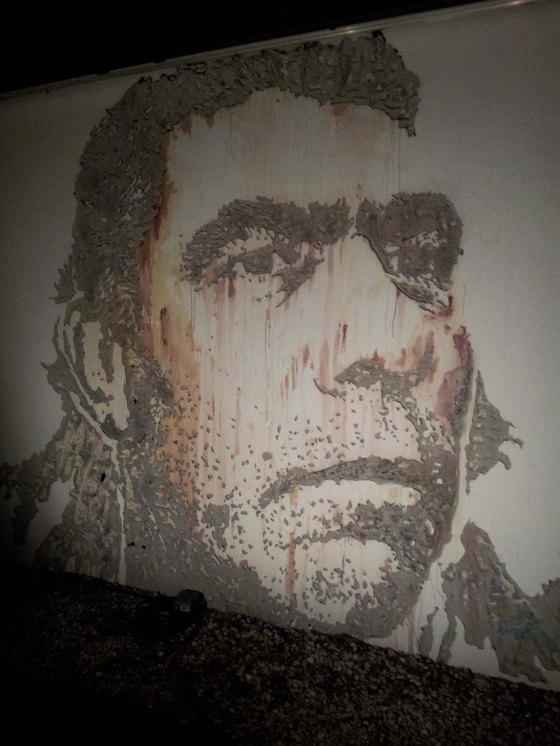 5 Animals With An Extraordinary Sense Of Smell

……and you know sharks made the list!  On a side note, yours truly contributed the info for the tiny shark blurb on this list.  Check it out HERE!